but not much to show for it. 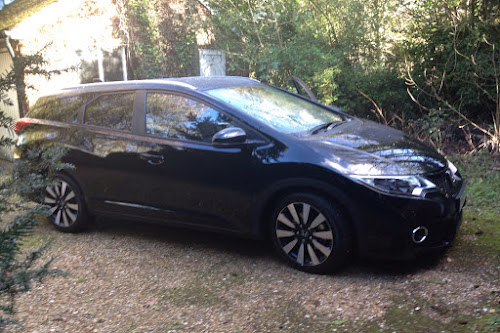 Apart from a new car, but that didn't require much effort. 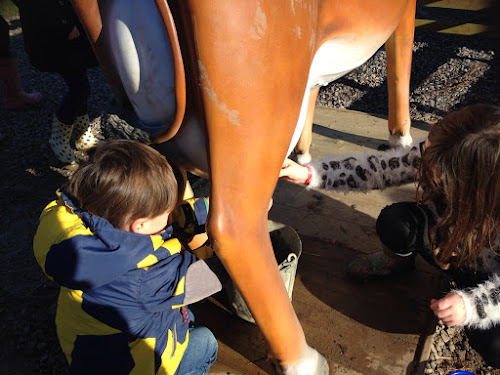 As one of those weeks was half term, we went to Manor Farm, which did take effort, but was productive in terms of pleasure and information gained, if nothing else. (I now know how a milking machine works, and, more importantly, so does the VHC. He is very keen on knowing how things work.)

Manor Farm now has a mechanical cow, which I think the kids like almost as much as the real thing.

But in terms of Uni work, despite a lot of knitting, the ^?< €<*} present glove seems to be taking longer than any of the others, despite being shorter. I know that this is because it is much wider, covered in cables, and 'only' Aran weight wool, but it doesn't make it any less frustrating. I was hoping to finish it today, I even began to cast off, but I've just tried it against the armature and it really isn't long enough. I feel a bit pressurised because it's Crits next week, and I was hoping to have a finished, complete with skeleton, glove to show, but that's not gonna happen. I think I'm still on track to have 'enough' to show in the Degree Show, but 'enough' may be 7 rather than 9. Can you see the non-deliberate mistake? I intended to make 'mistakes', but this was a real one, a row of cables all crossed the wrong way. But these gloves are all about life's changes, and sometimes life does cross your cables wrong... 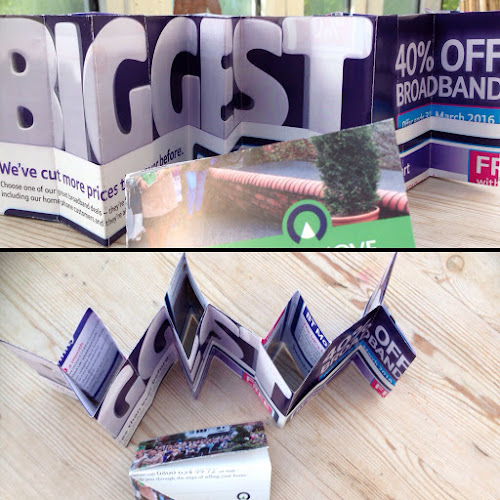 I did find time to make a couple of junk books. I got bored with the hand theme, and instead picked up Alisa Golden's 'Making Hand-Made Books' and experimented with some of her suggestions. .