may I wish everyone a happy New Year! 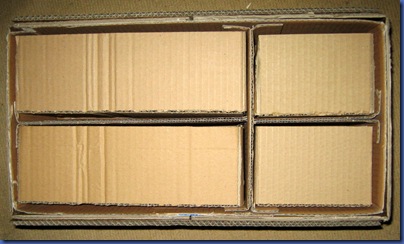 You would think that some one whose favourite subject at school was geometry [yes, I know, sad] would be able to make a simple cardboard box, wouldn’t you? Or if she made a mistake with the first but she’d get it right after that – especially as she’d carefully made paper mock ups first?

You’d be wrong. I made six and none of them are completely right. Folds in the wrong place, too long, too shallow, too short – and now I’ve run out of book mailers. So I’ve decided that fate intended these drawers to be less than perfect, so I will have to live with it…

Then I though I would wind a hank of wool to start some new knitting. OK it was rather a large hank – and my swift is a bit decrepit – but did it have to collapse on me? 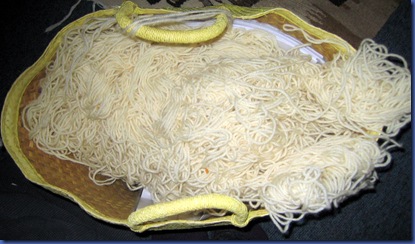 Result – a basketful of spaghetti. Mind you, it wasn’t helped by a misguided decision to try to untangle it while Babybel was here …

And finally – an attempt to make a basket out of newspaper. I realised early on that it wasn't going to be as robust as I’d hoped, but when I got to the sides - and I remembered that weaving baskets works best of you’ve got an odd number of stakes – I decided to cut my losses and bin it. 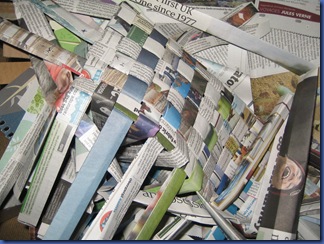 Should have stuck to Lois Walpole’s instructions.

However, we did have a good day yesterday, at the annual King Alfred’s Bus Running Day. We went on this one, this one, [a.k.a. ‘Bertie’] and this one – but Babybel really really really wanted to go on this one. Because it’s purple.

Mmm, I suppose it’s a bit anorakish to be able to identify them all – but we had a great time and Babybel loved it.

Back to the routine tomorrow – day with Babybel, then college on Wednesday. And the three modules due in over the next few weeks are all done and dusted, so perhaps I didn’t muck everything up this holiday!