Tubes have been made and strung. [The eagle-eyed amongst you may be able to work out that the gas bill came today. Fortunately Wensleydale was sitting down when he opened it.] 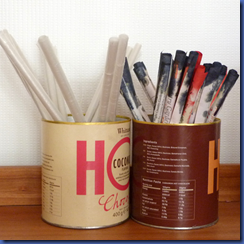 Tubes have been made but not strung – I branched out into plastic bags before returning to my favourite newspaper and Brusho.

But mostly [apart from routine stuff like the gym and getting my hair cut] – it’s been sorting out stuff for college. Which isn’t very photogenic.

We had been given rather confusing instructions about what to hand in for each of the modules due in at Christmas – which overlap just a tad – and thanks to C’s dogged pursuit of clarification - we were clarified. Basically, hand it all in, and they’ll sort it out. Sighs of relief all round.

However, I asked a supplementary about what we should hand in from all the stuff we did over the summer, which has now been rejected. [It seems that I am not the only one to whom this happened]. The answer was – not a lot, for fear of p*****g off the markers. [I paraphrase.]

This was good news – until I got started and realised that it was not a simple job. There were practical problems, such as things in the sketchbooks to be included which were on the back of things that were not to be included – and motivational problems like finding  myself thinking ‘I've done all this !”&£$£%”£^$ work and some of it’s quite interesting – and in any case it shows how my thinking progresses – so I want to hand it in.’

Of course I kept changing my mind about what I wanted to keep, and at one stage found myself raking through the recycling bin because I thought I’d thrown something away I now wanted to include. [It was in a sketchbook all the time.] However, it has clarified my mind about how I got where I am today, so it has been ‘A Good Thing’ [© W. C. Sellars and R. J. Yeatman 1930]. 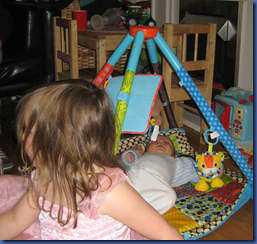 The highlight of the week was babysitting with a princess and a very hungry caterpillar.

The princess was fine, though a little reluctant to go to bed – perhaps there was a pea under the mattress? – but she was persuaded when her granddad offered to continue his marathon reading of the collected works of Jean and Gareth Anderson upstairs.

The VHC was hungry, despite demolishing what had been left for him. [I thought my days of pushing prams full of crying babies round the neighbourhood in the dark, to persuade them to go to sleep, were long gone.]

Fortunately his mum came home just before he starved to death. I think when he was born he took one look at his dad, his mum, and the princess and decided he had a lot of growing to do…