Where did last week go?

Looking after Babybel and the VHC, various appointments, and the usual boring household stuff, mainly, but we did fit in a trip to Stourhead on Thursday. We've been round the gardens a couple of times, but never looked round the house, so this time we did. I was expecting something like Petworth - imposing but unliveable in - but found Stourhead more on a human scale. Yes, there are huge rooms and amazing pictures, but some smaller rooms I could almost imagine living in.

Of course we sampled some National Trust food, and also went to the farm shop. Who could resist an advert for 33 different varieties of cheese - most of which we'd never heard of before? We brought home samples of three of them, plus some other goodies, including tonight's venison burgers.

Today we had an impromptu belated birthday lunch for Cheese Minor and his family, who were intending just to pass through on their way home from a brief holiday, but ended up staying, along with Cheese Major and his señorita. I hope they all enjoyed it as much as we did.

Tomorrow is an early celebration of the VHC's first birthday, so it will be a busy and cake filled weekend! Back to the diet on Monday...

There has been a little needlework. 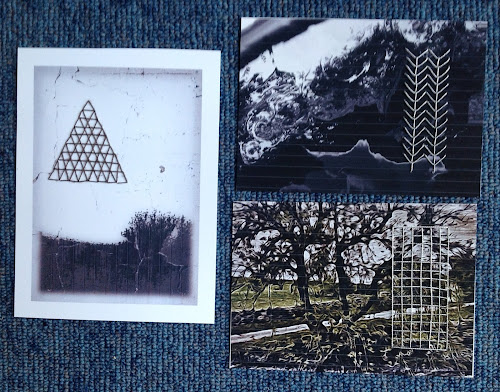 These are some experimental pieces of embroidery on apped photos. You may recognise the one on the left, which has been Fotoffitied. Bottom right is a Langstrothdale tree, apped with MokuHD, and the top one is the car window, apped with something I can't remember, unfortunately. 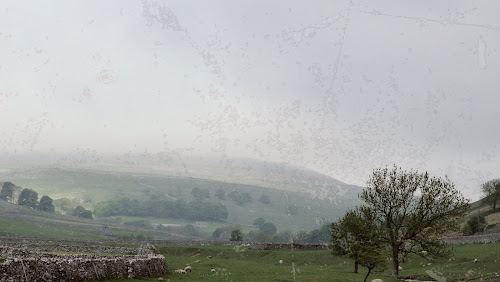 Speaking of apps, today's is Fotor. It's a fairly straightforward photo editor, but with more options than most.

There are several dozen filters and a selection of frames, but it also makes collages. I'm still searching for a collage maker as good as Picasa: Fotor isn't it, but the 'photostitching' option is interesting. 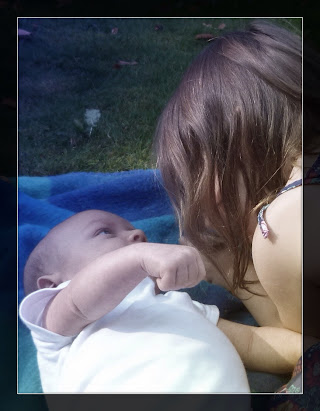 You can add frames as well as filters, but the options for editing them are limited. I'm still struggling to do much with this photo... 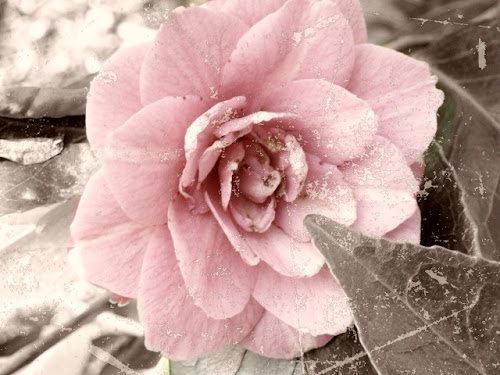 Not an app I would turn to as my first choice if I wanted to do something really interesting, but better than the bog standard apps.