It's been a bad news/good news couple of weeks. We had some worrying news at the start - the sort of sitation in which, because it involves other people, all we can do is offer support and hope for the best. 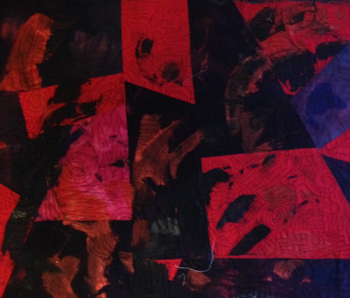 For some reason, my frustration led, not to embroidery, but to patchwork - just throwing together scraps of the colours which reflected how I felt. Then I found myself squaring off the resulting polygon - perhaps habit, perhaps my need to try to control what was happening. That was followed by scraped-on paint and some very undisciplined machine quilting. It is stalled now, partly because I need a break from it, but more because, unusually for me, I have plans for more machine work on it and I can't machine sew and watch cycling at the same time.

Fortunately, a few days later we got some excellent news. Let's just say that Babybel, to her delight, will be a bridesmaid some time next year. I'm not sure she knows what a bridesmaid is, but she knows there will be a pretty dress and an important role for her! 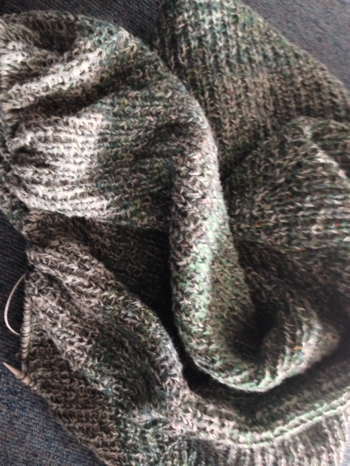 What with cycling and stress, not much embroidery has taken place, but there has been a lot of knitting. The second using-up-the-leftovers blanket has made quite a lot of progress. 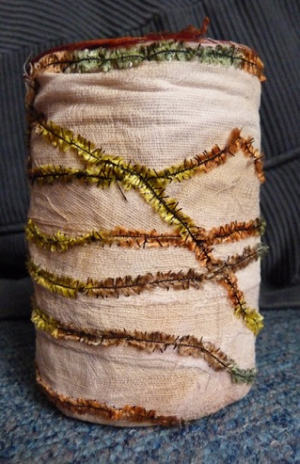 Before all the excitement, I decided I could improve this. 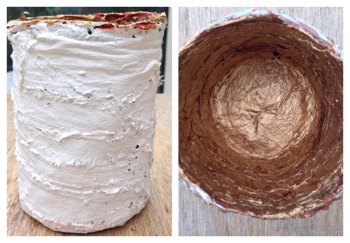 Definitely better - amazing what a little paint can do. The paint has also stiffened it up, so much that I don't think it would take stitch now. 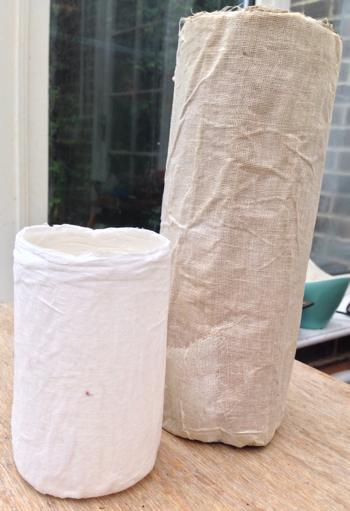 I'm pleased with the contrast between these, but I'm not sure what stitch to try, so I'm putting papier mâché on the back burner for a while. (Sounds a bit inflammatory.)

Over the last couple of days, I have done something other than knit and worry. 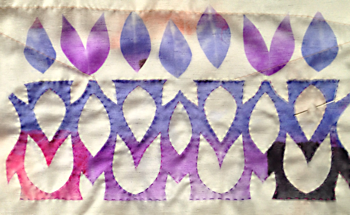 A bit of hand quilting - transfer dyes on polyester satin, left over from my initial explorations of  repetition. 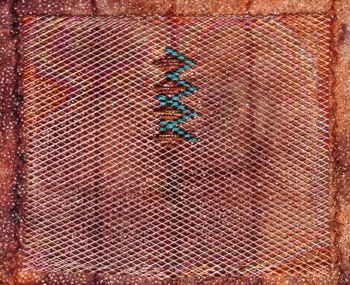 And some more experimental stitching on metal mesh - which is difficult to photograph with all the reflections.

Mmm - I seem to have developed a taste for bling!