Another two bite the dust. 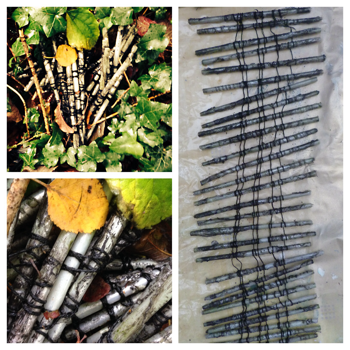 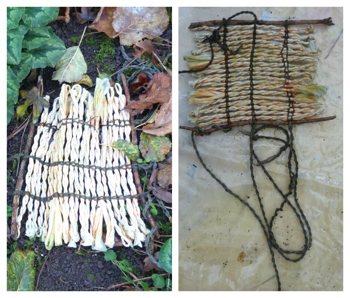 and this one, have fallen to the ground. Well, it is autumn. In both cases, it's the string, the only organic element, which has given way. 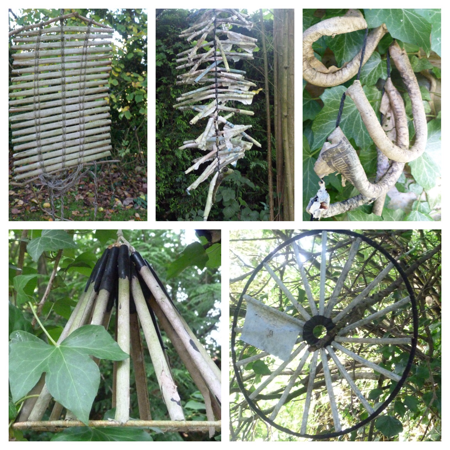 Six others are still hanging around the garden - these five, and the mirror piece which I forgot to photograph.  They have been up now for 18 - 24 months.

So much for biodegradeable.

The highlight of last week was learning beginning to learn to spin. I impulse bought a hand spinning kit on holiday last year, and then panicked about using it. Fortunately several other members of neuf were keen to learn to spin too - pictures over on the neuf page on Facebook. 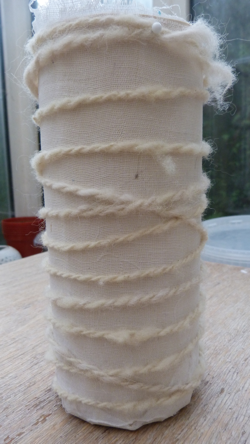 And this is what I am thinking of doing with my few metres of dodgy handspun. (It's just pinned on at the moment.) 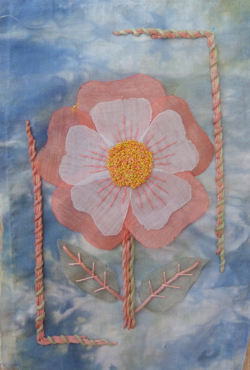 On other fronts, the second page of the Visual Marks book is done. Probably.

And Christmas preparations have begun. Wensleydale has not only made the cake, he had an idea. 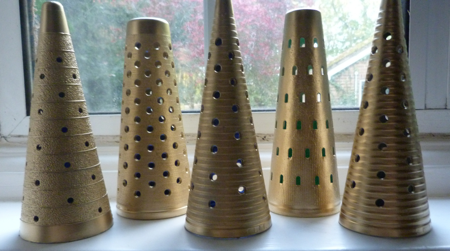 Making blankets with left over Shetland wool resulted in an assortment of left over cones. He suggested that some plastic primer and spray paint would produce Christmas trees, which will shortly acquire some LED tea lights. 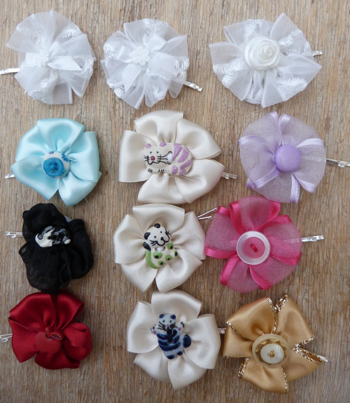 And I made a little present. Or twelve. Instructions here, except that I used ribbon instead of fabric.

The black and white Visual Marks cylinder has been on the back burner due to a world shortage of no.3 cotton perlė. As usual I exaggerate, but I had to mail order some, as none was available locally, not even for ready money. It has now come, so I shall be back to that tonight.