The calm before the storm …

so I’ve made another book – although I’m a bit underwhelmed by it.

The pages are sheers – one black, one off-white – glued together with painted Bondaweb and rather a lot of sprinkles – they came out in a bit of a rush. The pages, cover and holes were cut with a soldering iron.

It would probably not have appeared here except that Wensleydale likes it – he went on about galaxies and Fred Hoyle. so much so that I was tempted to call it Galaxy Quest, but in the end decided Black Hole was equally appropriate.

I’m happier with the results of playing on the computer.

These are all GIMPed variations 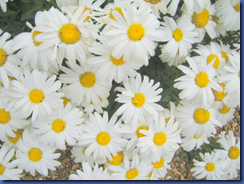 of this. I turned it into a pattern and then played around with the filters. I particularly like the ‘cubist’ version, bottom right, which will become drawing number 82. 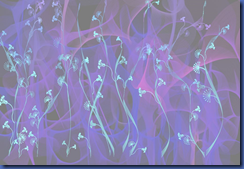 This is number 83 – done in Livebrush, which you have to try, even if you think you can’t use drawing programs. [I found this tutorial was a good introduction.]

I used two brushes – Fractal Nerves for the background and Floral Threads for the plants – and once I'd worked out how to select the colours I wanted, it was dead easy. 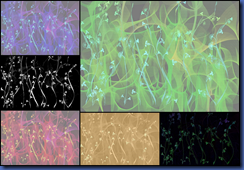 Then I changed it around a bit, using Irfanview and Picasa.

And the best bit of all this is that all those programs are free, although you can spend $10 on the Pro version of Livebrush if you are feeling rich.

So, as its another ‘no telly worth watching’ night, I'll be playing again tonight.

And the storm? Babybel. Tomorrow we are going out with her and Mr and Mrs Cheddar. And on Thursday we get to look after her all day all by ourselves.

Her daddy is famous for coming into our bedroom when he was not much older than her and saying ‘Brace yourselves’.