Things of the week 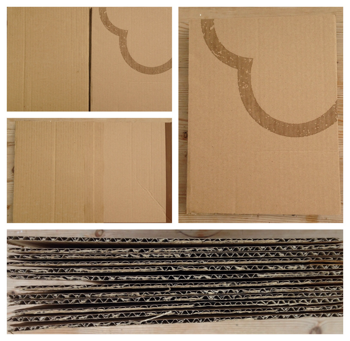 Book of the week - a work in progress, when I've decided what to do with it. I'm torn between trees and shoes. The inspiring tutorial is here.

Note to self (again): measure twice, cut once. On the other hand, the brown paper tape idea worked well, even in my clumsy hands. 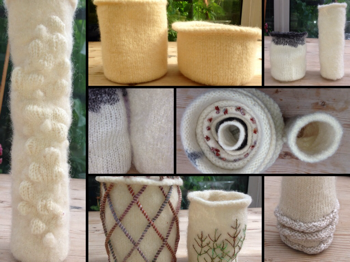 Knitting of the week(s) - also works in progress. I have been playing around with adding stitch to some of them, and knitted a few more. Both the tall one  and the inky one are knitted in 2ply, but one was felted following N's advice and one wasn't. I still like the texture of the inky one, but if you want tall things to stand up you've got to felt them harder.

The Oddjob hat is short because getting it that tall took all the super-bulky I had. No idea why the photo has come out yellow, they are  the same colour as all the other and photographed at the same time. 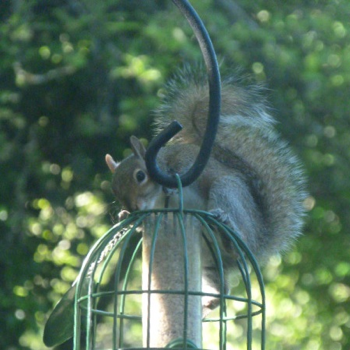 Squirrel of the week. That is a 'squirrel-proof bird feeder' he is feeding from, but as the little guys helped us refill it yesterday, it is just possible that the lid had not been put back properly.

Busy week next week, with an extra grandparental day. However I am expecting to have extra time for doing relaxing stuff. I've mentioned my insomnia on this blog - I've been living with it for about 30 years but just after Christmas it got much worse, so when I spotted a poster about insomnia counselling in the doctors' surgery I followed it up.

I've found it quite helpful so far - well structured and with a sound psychological basis, as far as this long retired psychologist can tell! I have started a sleep diary, and as a result of the challenging maths involved in that (well, challenging if you are sleep-deprived and don't do spread sheets) I have been advised to restrict my time in bed to 5 hours a night! Asleep or awake. So I stay up till 1a.m, get up at 6, and do relaxing things before bed - knitting or embroidery are fine, but no computer games. :(

As a result, I'm knackered (no daytime napping allowed, not that I ever did before starting this), and finding it difficult to wake up in the mornings - but I do seem to be falling asleep reasonably quickly. And I get so much done when I get up at 6 - some of which is worth doing!

Glad to hear you are getting some help with the sleep issues...or at least finding renewed vigour when you get up.
Sandy

me again.
Just came across work by Debbie Lyddon and thought of your vessels.
http://debbielyddon.wordpress.com/2014/04/09/sea-washed/
If you go to the home page and scroll down, you can see some other things she is doing with vessels and other items exposed to the elements.
and a post on textile artist.org
http://www.textileartist.org/responding-to-environment/
Sandy