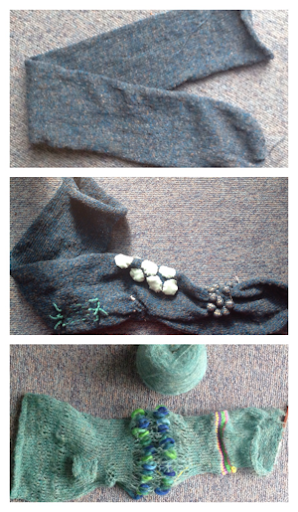 Since bike racing demands almost as much attention as sub-titled detective series, I have continued with last week's weird knitting - which is getting weirder.  The ginormous sock is gaining some accretions, before it meets the washing machine, and the other turquoise tube is looking more and more like an aberrant windsock. I persuaded myself I did need some more needles, but they haven't helped much - I think this yarn, which is really machine knitting yarn, is just a b****r to hand knit. But 'it's only a sample'. 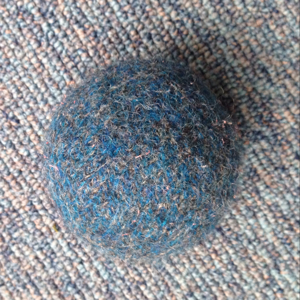 As is this. In theory this is a square bipyramid, but after it was stuffed and washed it turned into a rather nice ball. No idea what I'll do with it, but it was fun to make. 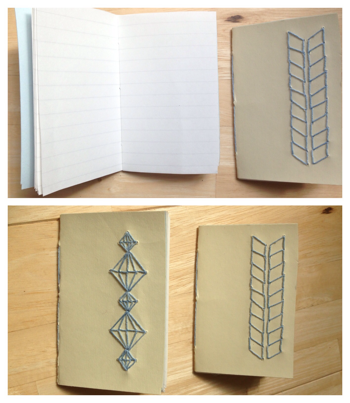 I snatched a few moments this morning for the books of the week, from here. They are quite small - you can cut two covers/pages from one sheet of A4 - so I used up some of my stash of lined paper for the pages. The card I used for the cover was a bit thin so I Bondawebbed another layer inside, which covered the wrong side of the stitch neatly. They are much firmer now, and slip nicely into the pockets of my sewing and knitting baskets.

Not much progress to report, then, and there won't be much more to report for the next two weeks. And I hear there may be cycling in the Commonwealth Games in August...