It's been another busy week, if sitting on the sofa watching bike racing can be described as being busy. It certainly gets the adrenaline flowing: I've discovered that, when your favourite rider removes himself from the race on the first day,  so you have no-one to will to win, willing somebody (anybody) to beat the one you don't want to win, is just as stressful. (It's the immature, sexist one I don't want to win, and so far I've been successful in getting him beaten.)

That isn't all we've done: yesterday we had a taster meal at the hotel where Cheese Major and his Senorita will be getting married next spring. It was delicious, but we could barely move afterwards!

I went to a Visual Marks meeting at Manor Farm (Babybel was dead jealous, especially when I told her about the baby donkey.) (I wouldn't have mentioned it if we hadn't already planned on going there when the school holidays start!)

We had a meeting there to prepare for our exhibition at the Farm over Christmas. (First, Wartime Farm, soon, Visual Marks. I don't think we will be required to dress up or operate antiquated machinery.) 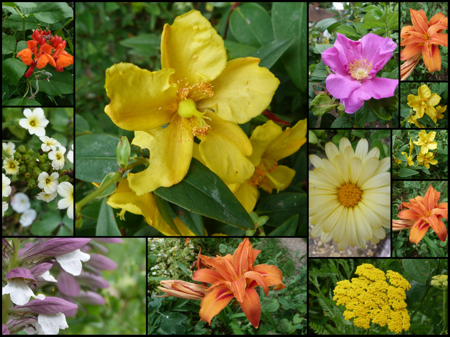 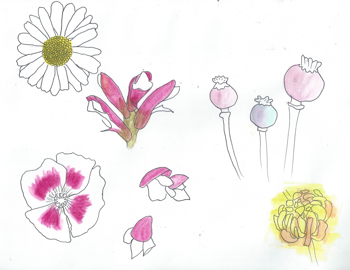 I took a lot of photographs, and even made some drawings. OK, very basic ones, but fit for my purpose, designing organza appliqués. I want to get cracking on these because when term starts I don't think I'll have a lot of spare time! 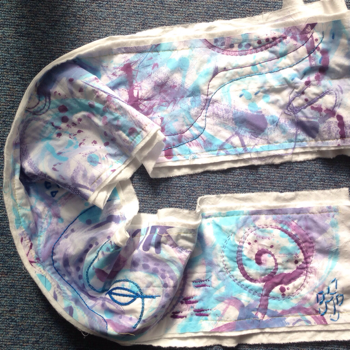 I've also been working on another VM piece. Right back at the beginning we had a joint mark making session with a big piece of fabric and some thickened dyes. After some discussion we decided to divide it into nine pieces which we would embroider/quilt and reunite as a series of banners ( I think). I chose to hand embroider my piece, but it is closely woven fabric and very hard on the hands, so progress is slow. 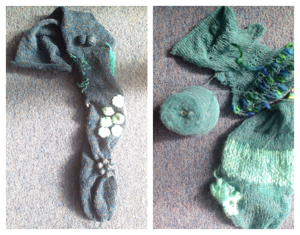 I can't remember how far I had got by last weekend on these two, now known as TOPOKIED (the oddest pieces of knitting I've ever done). Further progress has been a bit slow, because:

a) they need more concentration than I've been able to give while watching adrenaline filled bike races, and 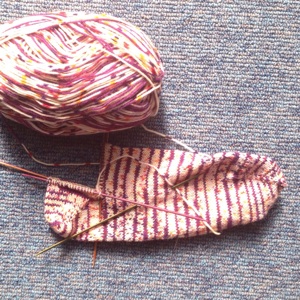 So I started some simpler, race watching and subtitle-reading knitting. Another pair of socks. Not my favourite yarn, which is why it was still mouldering in my stash, but it won't show much inside shoes, and hand knit socks are definitely warmer and nicer than bought ones. Not that we need warm socks at the moment, but we will, we will. 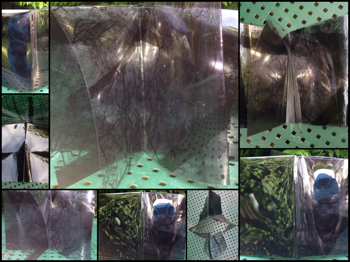 There nearly wasn't a book of the week, but I came across a reference to 'acetate books' and that started me thinking.  I printed a tree photo on acetate and turned it into a very simple book. It was a bit bodged because I was in a hurry - the acetate is difficult to fold, and I made a mess of the central cut, but I think the result has possibilities. I love the way you get the printed image, the view through it, and reflections as well. I'm pondering on sewing the pages together to make it more obedient, but I'm not sure it's a good idea. I've stuck it back under my old Singer, a.k.a. the book press, in the hope of disciplining it a bit more before I decide.

Rest day tomorrow for the TDF, but not for us, it's a grandparenting day. Perhaps not as physically demanding as riding 200km, but it feels like it, at times.