This has not been a very productive week. We had some worrying news about a member of the family at the beginning of the week, which led to the little guys spending more time with us than usual. So far we have visited the perennial favourites, Manor Farm and the Lakeside Railway, and two new places, The Vyne and Winchester City Mill, which the VHC loved so much he went twice. That boy is going to be an engineer.

Babybel elected to go to the Cathedral to light candles, and have a look round. Riding on the Park and Ride buses, and playing with granny and granddad's toys, went down pretty well too.

The gaps in grand-parenting have been filled with boring stuff like shopping and getting hair cut, so I really didn't have much time or energy left for creative stuff. The VHC has a VI BIrthday coming up, so we are partying on Sunday, leaving today as the only day I could get into my workroom and get going 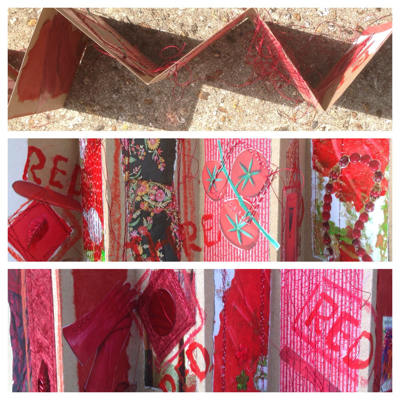 on a couple of books. I started with this one inspired by Daisy Yellow. It's not my usual style, but given my state of mind, I, for once, made some attempt at sticking to the guidelines. 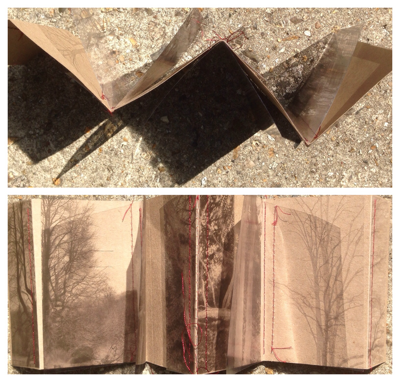 And then, as usual, one thing led to another. A combination of ideas from the first book, and a failure to get iPhoto to print my acetates the size I wanted, led to this, which is more to my liking. I like the shadows too.

And there is another sock, plus half of one still on the needles.

We are likely to be doing extra grand-parenting until the little guys go back to school, so major creativity may have to wait until that scary moment when I go to University for the third time - although the second time was virtual, before anyone ever used that expression. Before that, we have a mature students' day next month: it will be interesting to see if any of them are more mature than me!