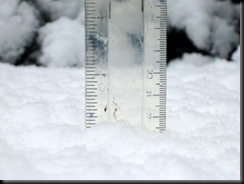 which is less than most people have had, but is quite enough, thank you.

[I would like to point out that I thought of this measuring technique quite independently of Mr Cheddar, who has posted a similar image on Facebook. Although a snazzy red ruler -  and more snow.] 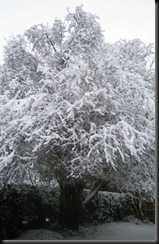 As I haven’t posted a picture of the cherry tree for a while – here it is this morning. That is a colour photo, believe it or not. 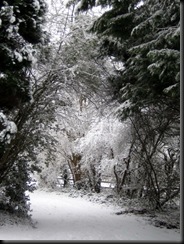 As is this – our little lane.

Despite the quantities of snow available, I didn’t get round to snow dyeing - but I think there will still be some tomorrow. I have put the fabric into a soda soak, and this time I remembered the threads. I had assistance in winding the threads into hanks – Quality Control has only been going out when she absolutely has to, and so has some surplus energy, best used up by assisting with thread and yarn related activities.

I’m not sure why I didn’t get round to the dyeing, as I don’t seem to have achieved much in my day off-  apart from taking a few photos. O.K., 80+ photos. 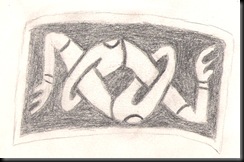 I did draw this, described in the British Museum pamphlet as a ‘plate’. Those are, apparently, one-legged beasts biting each other’s necks. 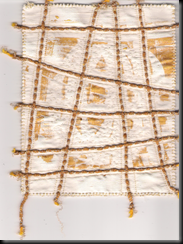 And I pondered on this, which is the printed silk inspired by the fractured goldfish.  As you can see I added some couching. What you may not be able to see is that I then added some seeding, running stitch and free cross stitch in a failed attempt to make the jar opener shape stand out. And it’s all a bit blah.

I think I may have found a solution – we will see. 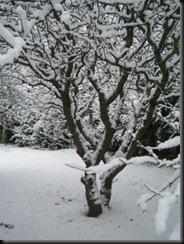 While I was out with the camera I took some photos of my favourite apple tree. The one that appeared in my C&G sketchbook.

Like this –  a credit card print, layered on a weaving and then tinted – several times …