I have been remiss… 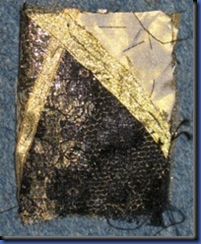 in not posting about the progress of my ‘environment’ in a Scotch box  - or rather, the contents of the Scotch box. [Not the Scotch – that went years ago …]

I left you with the impression that this was going to become a book. 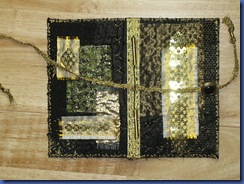 This is the book cover.  I decided that, as it was inspired by a poem about memory, and memory is patchy [well, mine is] I wanted something equally patchy and less structured than the crazy patchwork wannabe that had been developing in the workshop. 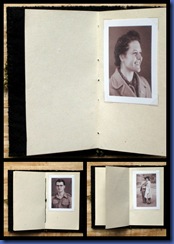 These are the contents of the book – unfortunately the pages wouldn't stay flat. These photographs of my parents were taken at the time of their marriage. I realised when I was scanning the originals that mum is wearing her little RAF brooch which I still have.

Sharp eyes may spot that Dad is in khaki, not RAF blue – that’s because the photo was taken in Iraq, where he served at the end of the war.

I am now trying to pluck up my courage to write under the photos.

The box isn’t quite finished – this needs a few beads before I add it to the sleeve of the box, to hide the word ‘Talisker’, which is still legible despite the spray paint. The gold bits fell out of my stash telling me they belonged together – again, it was inspired by the scrappy nature of memory. 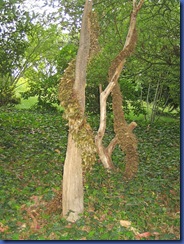 I took some time out from box and book making to pay our first visit of the year to ‘Art in the Garden’. Perhaps because it was a drab day, I was a bit underwhelmed, though Wensleydale disagreed.

I did like these by Janet Schooley. You had to look twice to confirm that they weren’t natural … 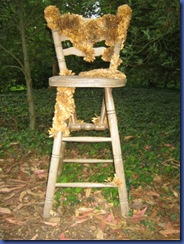 although this was a bit of a give away. 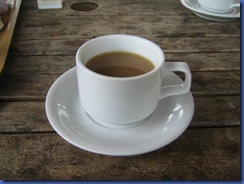 I liked this too. You can’t see the very nice carrot cake because I’d eaten it.