At college on Wednesday we talked about our upcoming exhibition – what to include, how to hang stuff, etc. And then the words ‘artist’s statement’ were uttered. Aaagh! We were shown an example – possibly an example of how not to write one, as it was, in the opinion of several of us, incomprehensible. And ungrammatical. [Who am I to talk? But I can get it right if I want to!]

Of course I Googled when I got home, and found 1 or 2 hits – or ‘about 1,440,000’ according to Google – and some of those were quite helpful – no, I didn’t look at quite all of them. However, this morning I stumbled across an article on the subject in an old copy of Quilting Arts, and that was the best. So the statement has been written and Wensleydale thinks it’s OK [not that he’s biased or anything].

That was the first scary thing.

We badgered Sue for the summer home work –and she gave it to us. ‘Make 100 drawings’. Double aaagh! [Possibly aaaaaagh?] Fortunately it does say that a drawing can be stitch, sketch, painting, printing, collage, photography or mixed media, and I think the word ‘computer’ was mentioned, although it’s not written down.

I calculate that to achieve 100 drawings by the start of next term I need to average more than one a day. We got the good news on Wednesday and today’s Friday. So have I made 2 or 3 drawings? Course not.

I decided I needed a theme, otherwise I'd be blundering around with no sense of direction. [No change there.] Given the recent knitting activity, I did think about vessels. [ I thought ‘knitted bottles’ would be a bit too restrictive.] But 100 drawings of vessels? I might like Giorgio Morandi’s work but I don’t want to be him.

I decided on ‘Summer’. It might seem a bit obvious, but it does have lots of possibilities.

Funnily enough, ever since then, my thoughts 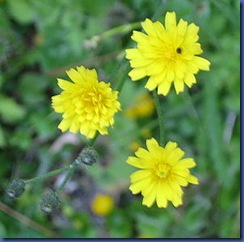 have been running on flowers – which I have never really been interested in drawing or embroidering. despite the evidence of 100s of computer manipulations of passion flowers and dahlias …

I did flirt with the idea of recycling some of those, but I decided that would be cheating. I found some new flowers to play with instead. <g>. Shortly before W, strimmed them.

I decided using an existing one would be quicker – but of course that raised another problem. Which one? It had to be big enough to hold 100 items – which meant around 100 pages – although I don’t suppose anyone will actually count them … 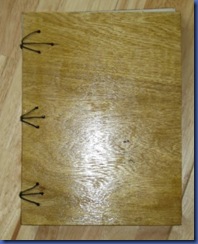 I narrowed the choice to this one – which has lots of pages but it quite tightly bound, so sticking stuff in would be a problem 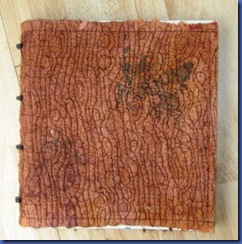 or this one, which has room for expansion but only just enough pages and is smaller than A4. This is the one I chose in the end.

The cover is a left-over from my C June Barnes inspired dyeing and shrinking experiments. Not particularly summery but definitely organic! 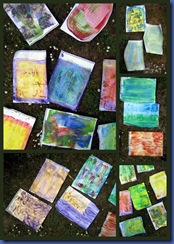 I decided that some of my ‘drawings’ would be collages. As it has been a lovely day and we had some wallpaper paste left over from when father papered the parlour – er – I mean when W. papered the dining room – I made some paste papers.

I got a bit carried away. 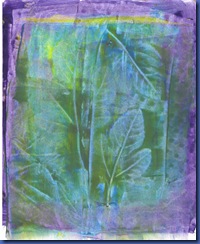 I was especially pleased with this one. Not a conventional piece of paste paper, it uses a technique from this book by Alisa Golden.