All over bar the shouting...

or possibly the weeping. We don't get our results for 3 weeks or so, so I have everything crossable crossed, but I am cautiously optimistic!

We took the exhibition down much more quickly than the 4 hours it took me to put it all up, thank goodness. (Thanks to Cheese Major and his señorita for helping us with the demolition.)

In the gaps between erecting, stewarding, demolishing, everyday life and watching the Tour de France, I have been doing the least demanding things I can think of, mostly finishing things off. Like this, which has been waiting to have handles added for weeks.

This, which I have shown you before, and which has been hanging around for at least three years, still isn't finished. However I have completed the silver counted stem stitch. Now I have to pluck up courage for the bits of gold work it still needs, and making it up into a heart shaped bag - or, more likely, a square book cover. 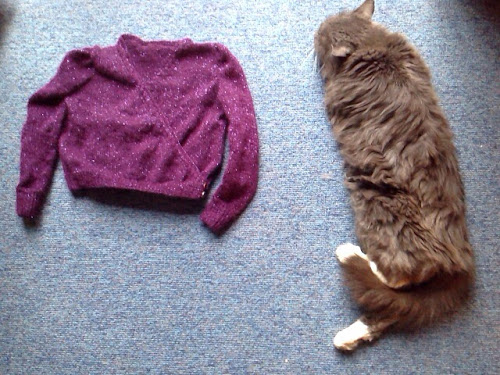 I finished this cardigan off while watching today's stage of that cycle race, which may explain the wavy crochet trim, and Quality Control's disapproving expression. The right man didn't lose, and my heart rate is slowly returning to normal.

The cardigan is for a small person who likes purple and a bit of bling. Wonder who that could be? 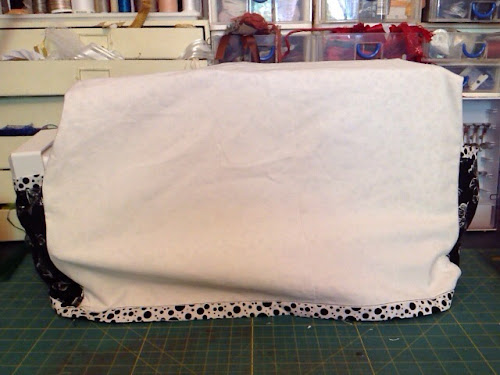 I have made my sewing machine a new cover, after cutting a slice out of the old one with a careless swipe of my rotary cutter. Not beautiful, I'll admit, but functional - the pockets hold the foot pedal and cable, so it's all out of the way when I use the desk for other things.

No, I hadn't been fossicking through my thread drawers in search of something, they always look like that... 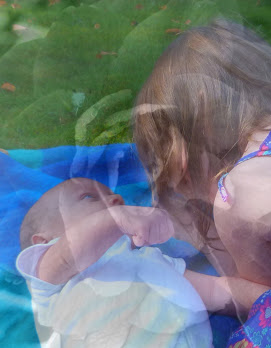 And finally, here's something I made earlier - photos mucked about with in an app called Blender, which layers one over the other. You can do this in Photoshop, but Blender is easier. 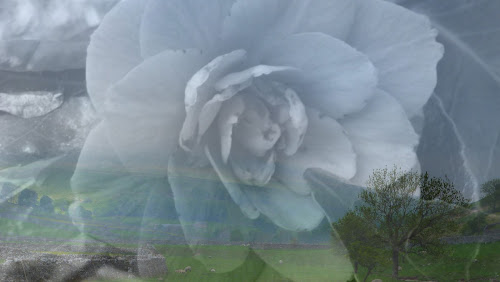 These are not the sort of images I would usually use with this app - I like to use it to add texture - but this one works well. Pity it's not a white rose. 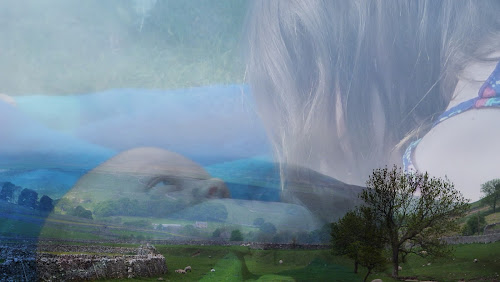 Blender is a bit of a one trick pony, but you get several blending modes, as well as being able to adjust the balance between the two photos. Great for adding atmosphere.

So quite a lot done, as well as cheering on Wiggo. (I promise to stop writing about cycling once the Olympics are over.) And I've got some ideas for future work, though nothing involving tubes...