we don't seem to have had time for recently - like mindless needlework [cardi for the VHC] and going to exhibitions. Oh, and watching cycle races.

It seems like years since we last went to an exhibition. so on Monday we visited two - although they were in the same place, one upstairs and one downstairs. And, surprisingly in this almost all sport-hating household, both had an Olympian connection. And even more surprisingly, we enjoyed both of them.

Upstairs at the Discovery Centre is 'Faster, Higher', a video installation by Susan Pui San Lok, which is as much about the politics of sport as it is about sport - probably why we liked it. I also liked the way she used the 5 screens, which gave me ideas of ways of using photographs - I'm not quite up to video installations yet...

Downstairs is 'Sporting Heroes' which is probably of most interest to locals. Highlights for me were 5 Greek vases with sporting scenes on them [courtesy of Winchester College] and the opportunity to see a time trial bike up close. [My tastes are nothing of not eclectic.]

So we went to Whitchurch - to the Silk Mill to see a small exhibition of Midsummer Night's Dream fairy costumes by Anna Nowicki. A fascinating variety of techniques - I was specially struck by Oberon's costume, which had a real Stuart feel to it, despite being made with very twenty-first century materials and techniques.

We didn't manage to avoid the torch, completely however - on the way home it passed us going the other way, heading for Andover. It was in stealth mode - they hadn't asked anyone to walk/run/stagger along the A34 - but the caravan of other vehicles and the escort of all the motor cycle cops in Hampshire were a bit of a give-away. 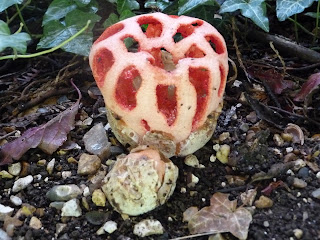 Much more exciting, as far as I'm concerned, was spotting this in the front garden when we got home. At first I thought it was one of those plastic balls with holes in we used to play with at school - but no, it's a fungus. No idea what, but I hope someone out there does.

The flies seemed to like it even more than I did. 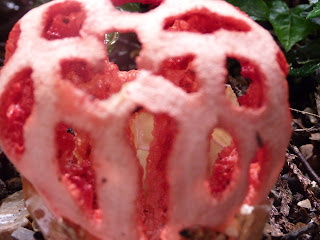 Isn't that a wonderful form to inspire a 3D textile? Possibly even craft Vilene.


And speaking of photos [how's that for a bad segue?], today's iPad app is Blur FX. Nothing to do with a musical group whose lead singer's father Wensleydale used to work with. [Three degrees of separation to Damon Albarn, three to Sigmund Freud - my contacts are nothing if not eclectic.] [And only two to a fifties actress called Sabrina of whom none of you will have heard...] [But I digress.] 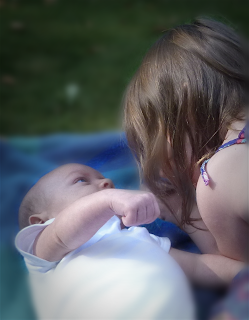 Blur FX does what it says on the tin. It makes your photos go blurry. Then you can wipe away the blur with your finger - an effect I like. With a bit of luck I can do it with the camera, but it's nice to have a retrospective option. 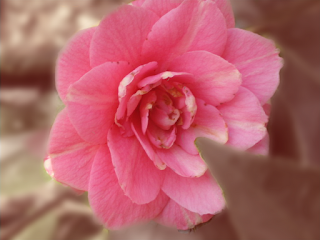 Blur FX also offers you a few filters, which you can apply to the blurred or clean areas. or to the whole thing... 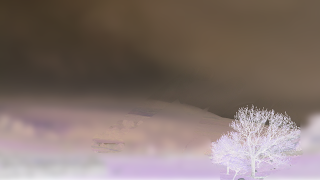 including inverting the colour.


OK, it's another one trick wonder, but it is a very clever trick, and one I like [and use] a lot.

Tomorrow the gasman cometh, so I'm planning a bit of non-mindless needlework - oh, and possibly a bit of cycle race watching...