Thank goodness for iPads with 3G - a Rant.

Paddy has been invaluable, as BT seems unable or unwilling to provide broadband.

The saga started on Monday morning, when we noticed the tell-tale little yellow light on the hub. (Funny how that irritating and sexist ad never shows this common phenomenon.) We were knee deep in grandchildren at the time, so I didn't phone BT until the early evening. An hour later, after going through the usual unplug this, press that routine, and spending 40 minutes on hold waiting for the 'very busy' engineers, I hung up. Customers can be busy too.

After a series of call backs, I was assured that I would get a call from an engineer at 9 a.m. on Tuesday.

Did I? What do you think? I did try phoning back, but hung up again after 10 minutes on hold without speaking to anyone real, just the irritating Scottish woman who tells you that many problems can be solved without speaking to an 'advisor' so go on line and... At which point I yell at her that if I could get on line I wouldn't be phoning effing BT... This relieves my initial frustration, ahead of the real frustration of dealing with aforementioned 'advisors'.

I then complained to BT, via Paddy's 3G connection with the Internet. The website promises to respond within 48 hours, which is probably why I got a phone call this afternoon. They can't repair the fault - so a real engineer is coming round on Tuesday morning. Only 8 days after I reported the fault - now that's what I call service (not).

I see a transfer to another supplier in our near future. According to 'Which', O2 is better. Couldn't be much worse.

On A more positive note, I am continuing my exploration of coiled baskets - and watching bike races. I can do both at the same time, until it gets too exciting. (The racing, not the basketry, although that is quite exciting.) (Go Wiggo!) I've finished 'Dawn', and a second effort called 'Waterbowl' although I'm less happy with that. 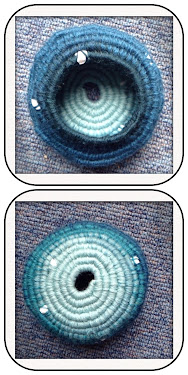 Tapestry wool again, on a core of strips of plastic bag - the white bumps are the result of knotting the strips together. Odd, but I like them.

The shape evolved as it went on - it was going to be flat until it began to turn up of its own accord, and then I realised that by easing the core through the coils I could make it turn in again, though I was a bit too heavy handed at first, so it's a bit lumpy. (Intentional lumpiness could be interesting...)

The hole at the bottom was deliberate, but a not a good idea, I think.

And of course I found time for a little mucking about with apps. Camera Studio allows you to make slide shows, and (I think) to add your own music if you are clever enough, but it has a set of about a dozen filters, some of which are quite interesting 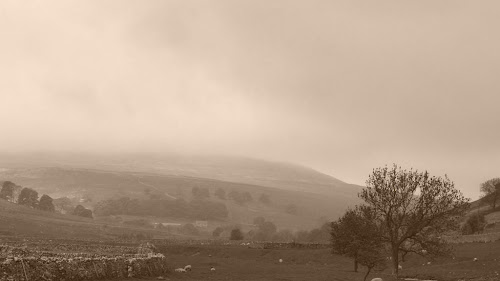 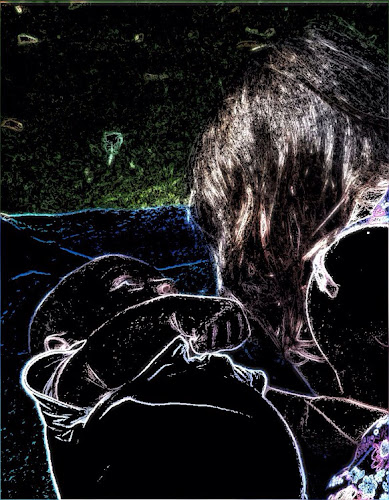 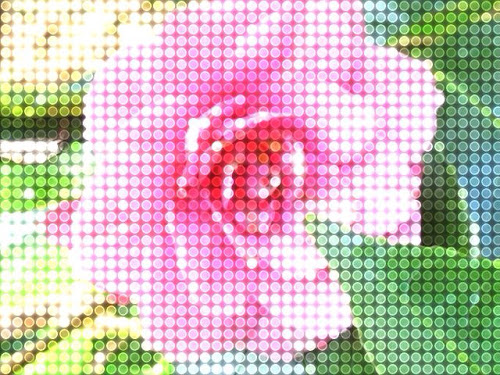 And lights.
More soon, if my 3G allowance doesn't run out...