Today I'm looking at Dumpr, which  offers around a dozen free effects and a few more which you have to pay for. Not all them are of interest to embroiderers – or not this embroiderer anyway. Embroidered Rubik’s 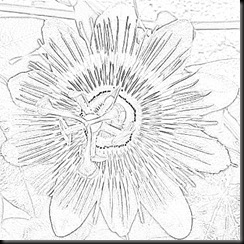 I’ve already mentioned Amazing Circles, but the site also offers a ‘Pencil Sketch’. Lots of sites offer this but I like Dumpr’s version, although you can’t edit it.  This would make a good start for development, I think. 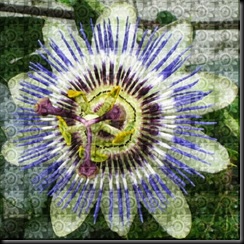 I also like the ‘Photos within a Photo’, or ‘recursive’ effect, although I’m not sure how you might embroider it … 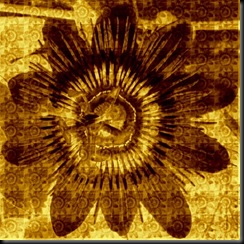 The ‘Alien’ effect, despite its name, is useful because it offers some pre-set colour schemes – with a bit of effort you can apply it to a previously Dumpr’d image, and get a recursive alien. Somehow this looks more embroiderable – with a bit of simplification I think it might work in canvas work. 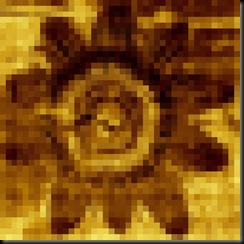 For example, I pixelated it in Picnik – which makes it a pixelated recursive alien.

Lots of programs offer pixelation, which looks as if it should be useful for counted techniques. This is a bit rough but could be tidied up if I was actually to embroider it.  Although it is a bit too brown for my taste … 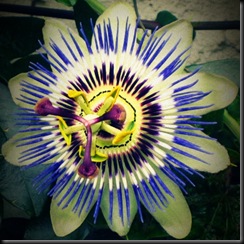 Dumpr also has a ‘Lomo’ effect – which you can also find, in an adjustable form, in Picnik. A Lomo, the site says, is a Russian camera. One deduces that it is not of particularly high quality, but produces interesting effects – like a slight colour change and darkening of the edges of the image. 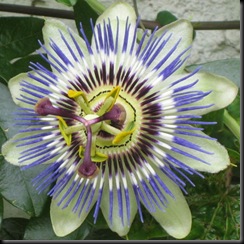 Here’s the original in case you’ve forgotten what it looks like, after all this faffing around. 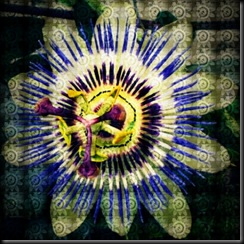 And here’s a recursive Lomo, which looks to me as if it had been printed on lace.

You may have noticed that there has been no mention of the book.  I couldn’t face deconstructing it but it is not fit for publication. The covers look OK  but the binding is a bit of a disaster area – but as the covers were made from magazine photos I can’t show them to you [the C*******t word – NO, not that one, there are too many **s!]