Another piece of Banksy inspired work – I've been thinking about phrases which include textile [-ish] words but which mean something else. Like ‘a tissue of lies’. Worked on silk gauze and backed with a piece of graffiti-ish painted paper. You can see that I slaved for hours over that one.

I have other ideas, so the muse may have been kick-started again. I have made myself go and do stuff in my Installation Art sketchbooks for Contemporary Textiles – which, surprise, surprise, has led to some ideas for embroidery. I have even tried some drawing but those you won’t see – this blog may include warts but there is a limit…

On to the images. I have mentioned Lunapic before – I think it was the first program I found when I started all this on that fateful insomniac night …

At first glance it looks quite old fashioned – especially after Flauntr – but sometimes I like old-fashioned. [Memories of Eartha Kitt singing ‘Old Fashioned Girl’ come into my head.]

I like Lunapic’s easy ‘Undo’ – and the way it st 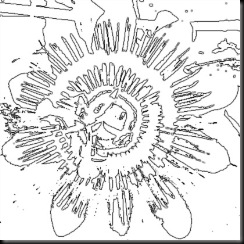 ores your ‘Undos’ as thumbnails below the image so it is easy to click on one to regain your original.

There are a wide range of effects – even animations if you want – but only a few of them allow you to tune your image. So an effect like ‘Colouring Book’ which  works well for a passion flower …

may work less well for  a dahlia – and you can’t do anything about it. 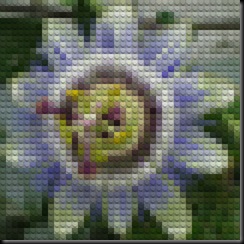 But there are some nice effects – like ‘Lego’, which might work well in a counted thread technique - 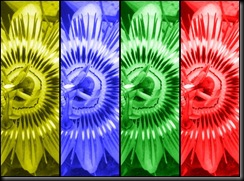 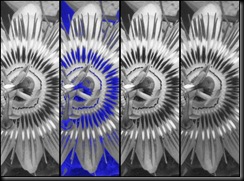 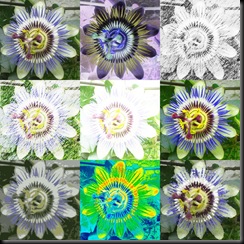 The ‘Custom Collage’ setting allows you to make a collage of several different effects – the yellow one is ‘Thermal’, but I can’t remember all the others … 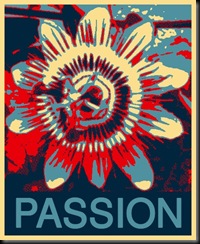 And, although Lunapic will make a conventional motivational poster if you want one -  the ‘Obama’ effect [really] is much more interesting, 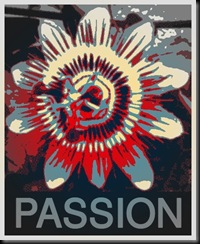 and you can use ‘Focal Black and White’ if you want something a bit more subtle.

I find Lunapic relatively easy to use, and it offers you a fairly wide range of effects, many of which I haven’t found elsewhere. The major drawback is that it doesn’t allow you to tune images much. Probably worth getting to know the effects you find interesting for occasional use.