A chapter of accidents.

Rather better news – our annivers 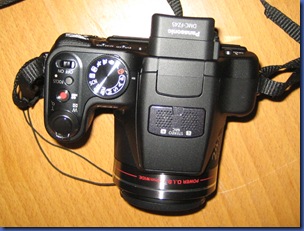 ary present to ourselves arrived, just in time for Babybel’s daddy’s birthday – not to mention that of Babyboy,  who is due around the same time.

I’ve had fun playing with it.

It’s a Panasonic, as recommended by A., and is going to take a bit of getting used too. 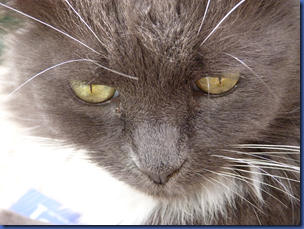 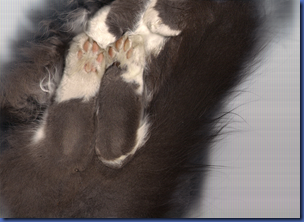 this one – not taken with the new toy, but when she dozed off on the scanner. Cat scan. 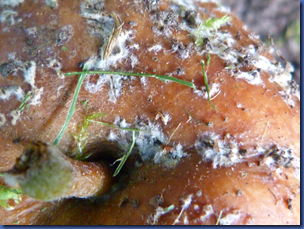 This is even less elegant – but interesting – a rotting apple in the garden.

W. will get a look in, I promise – if only because he knows more about photography than me.

And the other good news is that Mark is finished – maybe. I’ve run out of green wool, but I fancy making him into a little cushion, so may add something else round the sides. 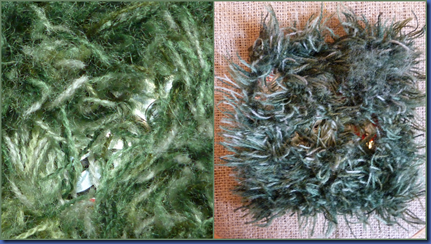 Macro close up on the left so you can see the shards of coke can hidden in the ‘grass’. Not sure why the other one has ended up with an orange cast, but it is brilliant example of the way shadows are the complementary colour to the object <g>.

Have fun with your new camera. All the auto-modes are lovely - the only problem with them is it means you get reluctant to use manual controls. Tip - If you haven't already get a clear filter to put on the lens permanently - its a lot cheaper to replace than a scratched lens!