of the beginning of getting back to work – despite another attack of insomnia last night. At least this time I managed to do something productive, instead of playing computer games or fossicking about in my new time waster research tool, Pinterest.

I didn’t have the energy to battle with Photoshop – instead I played with PostWorkShop, where all I have to do is upload a photo and click on the ‘apply random style’ button a few times. [You can do much more than that, but 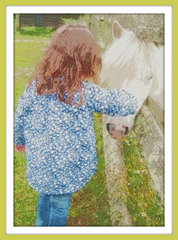 And then I added a frame with Picnik [don’t know of you can add frames in PWS, have to find out].

The photo was taken at Manor Farm [where else?] on Monday when we did a spot of Babybel sitting. This is her new best friend. 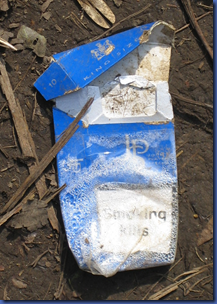 I also printed off 12 copies of this, 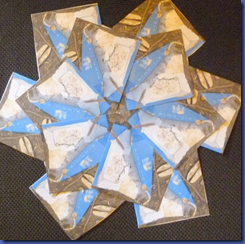 so that today, inspired by the work of Karin Wach, I could do this.

I always said a knowledge of geometry would come in useful – and a pair of compasses and a protractor. 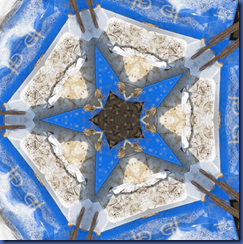 Yes, I could do something similar on the computer – and in fact I have [this is Sumopaint] – but playing around with bits of paper was peaceful and satisfying.

Tomorrow – who know? It is the one day this week I have no other commitments – yet.