I was going to do lots of drawing today …

but by the time I’d: 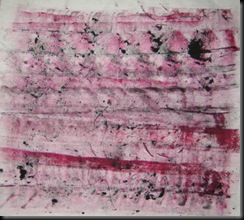 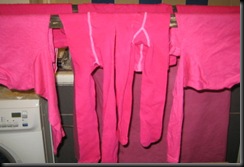 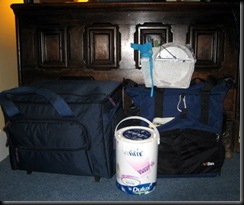 I couldn’t have picked up a pencil.

Before anyone tells me – I know Upsy Daisy doesn't wear pink tops and tights – but I only realised that after I’d bought the dye.  Mrs Cheddar had the genius idea of stamping the daisies, and I think I have some yellow fabric paint and a daisy stamp – so that’s the next step. And one of these, in pink and white – also Mrs C’s idea.

Of course, I realised today that Sainsbury’s sell UD outfits – but where's the fun in that?

Week 3 of the degree and I'm already up to my two biggest bags. Strictly speaking the sewing machine [which is in the left hand bag] isn’t compulsory, but  I would still need another bag for all the things which are insulating the machine inside the bag … 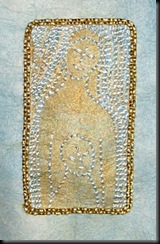 On a more restful note – this is finished.  The first bit of stitching for the degree. Nothing official, just playing with the results of the printing session.

Mmm – I wonder what makes a life-long agnostic embroider a Madonna and child? Perhaps I think I need help? 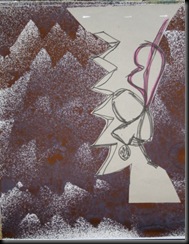 Here’s another sketchbook page you’ve seen before, but now with the stencil added – or, strictly speaking, the reverse of the stencil. One day I’ll get back to doing something with that idea …

I didn't know you were making an Upsy Daisy outfit, but what a good idea. Unless you are making one for Wensleydale that is ;-)