I didn’t mean to disappear…

but BT had other plans for me. No internet connection. I had two different explanations from 2 different gentlemen in India, and finally got it back after 48 hours. For now – so I’m making 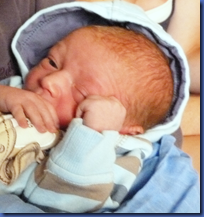 the most of it.

Mind you, not a lot has been happening at Cheese Acres. Apart from the big thing, of course – although at 7lb something he’s a bit smaller than his sister was.

Here he is at about 18 hours old 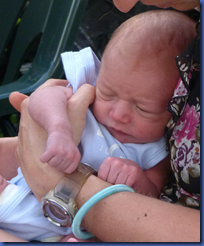 and this afternoon [counts on fingers] at 5 days.

The considered opinion is that he looks like Wensleydale, but with slightly more hair. 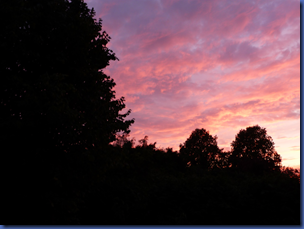 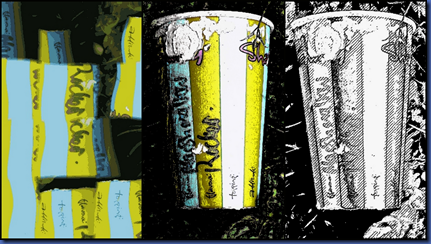 2. playing with PostWorkshop [glad not all the photo-editing software I use is on line] 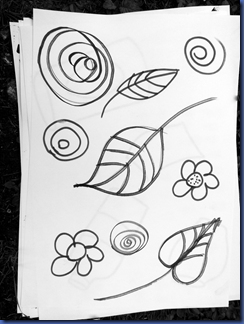 3. drawing squiggles to make Photoshop brushes – although I haven’t yet made the brushes, 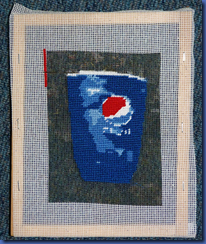 4. doing some old fashioned embroidery on one of the pieces of needlepoint canvas I bubblejetsetted and printed,

5. watching the repeat of ‘The Killing’* on BBC4 at 10pm on most nights of the week. Just as gripping, just as brilliantly acted, but with the benefit of knowing whodunnit you notice nuances of his performance you didn’t spot first time round.

Speaking of which -  a belated anniversary present to W.

* NB – the original, not the US remake, which we couldn’t bring ourselves to watch. How do you follow perfection?

Thanks for your comment on my blog about Sigmar Polke's artist's book - I didn't know about it, as it happens. Still so much to learn!
Love the idea of printing onto needlepoint canvas - there's nothing like "boring" needlepoint for picking up at troubled moments, or is it the mere fact of having a manageable (predetermined) project on the go?
As for the "red sky at night" - I too have noticed that it's not 100% accurate....