and I meant to post sooner – although I’ve nothing very exciting to show.

Saturday was the first free day we’d had for ages – so I had a good chance to get cracking on all the paperwork for college. It was sunny [part of the time] and windy [all of the time] which meant I could get a bit of movement - so I took a few more photos – and then spent the rest of the day playing around with them. 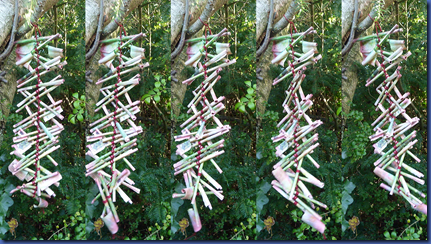 Guess who’s worked out how to use the ‘burst’ setting on her camera?

I’ve resurrected the Tumblr account I started months ago, and will try to upload the images there, so as not to bore you if you are not interested – but don’t rush over there if you are interested, I’ve only got one two up so far… 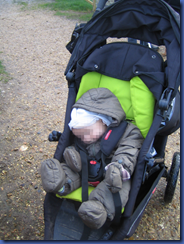 On Sunday we VHC sat while his mum, dad and big sister went to the panto. The normal pattern with the VC is that he consumes all that his mum has left for him, plays for a bit, sleeps for a bit, wakes up and demands more, before his mum gets home, when we are unable to provide it.

As it was sunny we decided to take one boy and his dog for a walk – during which he fell asleep – here’s the proof.

He missed some stunning skies – after it stopped being sunny. 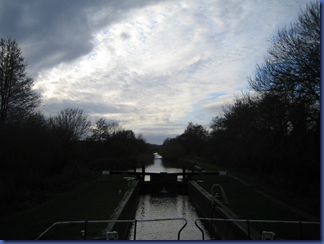 Yesterday we went to Mottisfont, which has two art exhibitions on at the moment.  It was wet and getting dark so we skipped the angels in the garden and went to look at ‘Cutting Edge – Contemporary Paper Art’. Bet you’re surprised…

You are probably familiar with the work of Rob Ryan – I've bought several of his cards, but it’s well worth going to see his bigger pieces, and marvel at the man’s patience. I had come across John Dilnot’s work on line - but the others were new to  me. I was especially struck by Eileen White’s piece in the downstairs corridor – an installation+paper+shadows = magic. and now I’ve Googled her I remember admiring that piece in the Cathedral last year.

Today I have actually done some work – I’ve wrestled with Office/Picasa to print out some images for contextualisation. I keep coming across new artists whose work is relevant – like Barbara De Pirro, [whose name I have misspelled in my documentation – knickers].

If you look at the second group here you’ll know why I had to include her.

After that I wrestled with PagePlus 5/Photoshop/the Epson wide printer to print out some of my photographic experiments for the sketchbook. I can’t get PagePlus to ‘see’ Photoshop documents, and I can’t get the printer and PagePlus to co-operate on where the printable area is on a sheet of A3 – which meant converting all the Photoshopped images to JPEGs, a bit of trial and error, a few notes and lots of frustration.

Right now I should be using that hard won knowledge on some more images, but I’m procrastinating by writing this – and waiting to see what emerges from the small printer, which Quality Control has just set going by walking over it.

It’s a test sheet. How boring.