Another reason to love Sweden – apart from IKEA and Wallandar.

[The Swedish TV series of Wallandar, that is – miles better than the BBC’s version, even if you have to read it. And even if Krister Henriksson looks like my Uncle.]  But I digress.

Pixlr is Swedish. I think. It seems closer to Paint Shop Pro than any of the other on-line programs I've found - for example, you can paint as well as photo edit if you are so inclined, and it has layers. But don’t let that put you off – Pixlr is more unskilled-user-friendly  than PSP, or maybe it just looks less scary …

I find it easy to use, even though I am a great believer in ‘If all else fails, read the instructions’, especially with IT because the instructions are rarely comprehensible to those without a degree in geek. The Help section for Pixlr is written in excellent if occasionally idiosyncratic Swedish English but it does have gaps, like the section on layers. If you are prepared to work round that, you will probably have fun. And for a really easy version, without the paint brushes, try Pixlr Express.

You can upload an image to both programs quickly and easily, though one problem I found with Pixlr, but not the Express version, is that the image is shown as square even when the original isn’t – so part of it may be hidden. The ‘Navigator’ window to the right shows you a mini version of the whole image, and which bit you are looking at, and there are sliders to move it around – but it was a bit confusing before I realised this. It may be possible to change it but I couldn’t work out how – although I didn’t try very hard!

There are over 20 filters [i.e. effects], most of which allow tuning. If they don’t, like ‘Blur’ and ‘Sharpen’, just click on them again, as many times as you like till you get the effect you want. There is an ‘Undo’ command in ‘Edit’ but although it says you can use ‘Control Z’ I couldn’t get it to work. 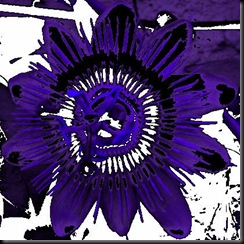 This is ‘Art Poster’ – basic black and white but you can change the third colour. Have I mentioned that I like purple? 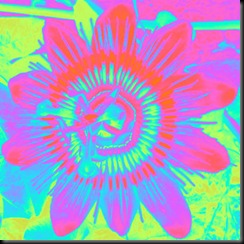 This is ‘Colour Look Up’ – you can modify the colours if you don’t like pastels. 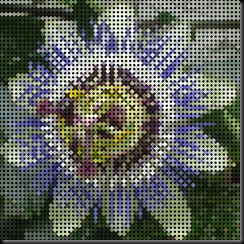 This is ‘Pointinize’. You can change the shapes, and I think this is ‘Small Circles’. Fascinating how it looks like cross stitch.

I showed you ‘Kalei 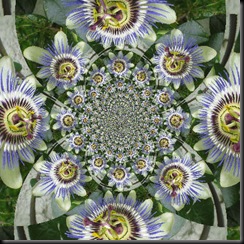 This is what you get using the default settings. Nice – but not as nice 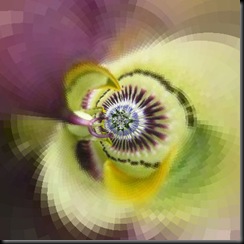 as the effect if you  reduce the size , using the slider. 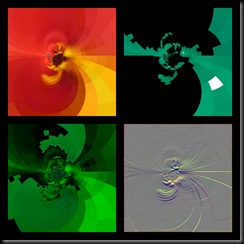 I like the Kaleidoscope effect so much I applied it to the dahlia – clockwise from top left these are:

I played around in the ‘Adjustment’ section as we 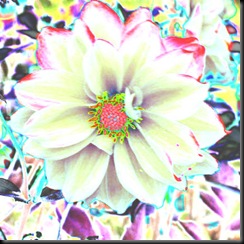 ll as the Filters – all these use the dahlia.

This was using ‘Curves’ - clicking on that heading gives you a line graph, which you can distort  by clicking and dragging – and the colours change. So my red dahlia turned white, with lots of pretty colours in the background. 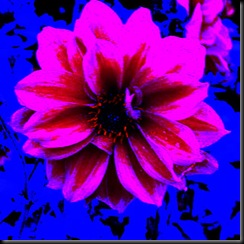 And this used the ‘Levels’ tab – try using the drop down menu headed ‘RGB’ and moving the little upward pointing arrows  around.

Pixlr is the only program I know apart from Tiltshift that allows you to shift tilts. Or tilt shifts? [Doesn’t  this woman write gibberish?] For those unfamiliar with the activity, it is a method of making photographs of real objects look like toys. I was introduced to it by Mr Cheddar but I don’t do it very much because on the whole I don’t take the right kind of photograph. You need something with a strong horizontal feature for it to be really effective.

So passion flowers and dahlias won’t do. 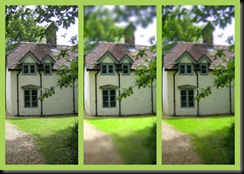 This is Cloud’s Hill – because it looks like a toy anyway. On the left, the original image, in the middle, the Tiltshift version, and on the right the Pixlr version. Pretty close -but I found the real Tiltshift is much easier to use. 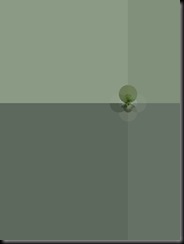 As I had the photo of Cloud's Hill around, I couldn’t resist playing with it.

Doesn’t lock much like a Kaleidoscope, does it? Or a cottage? But it makes a great abstract landscape.

And finally – because I find Pixlr so user friendly – I actually played with the paint toys – er – tools. 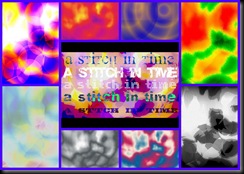 The blue and brown circles at the top were my first effort  - just don’t expect me to remember how I did it. Then I played with ‘Adjustment; and ‘Filters’ and finally added some text in Picnik – although you can add test in Pixlr as well, and it seems to use your own list of fonts, rather than the restricted range in Picnik.

You may gather that I like Pixlr. I find it easy to use, and confidence building, compared with the big, expensive program mentioned earlier. If you are a confident PSP or Photoshop user you might not be interested, but if you don’t have one of those programs, or if like me you find them difficult, confusing and frustrating, you might like to try Pixlr.

I shall be using it again in the hope that if I play around with the free version I might pluck up courage to go back to the scary one!

These posts get longer and longer don’t they? But it’s pouring with rain, Wensleydale has been out, and work [or play] expands to fit the time available.

I enjoyed reading your blog-post about our service. Thanks! Cheers from Sweden!